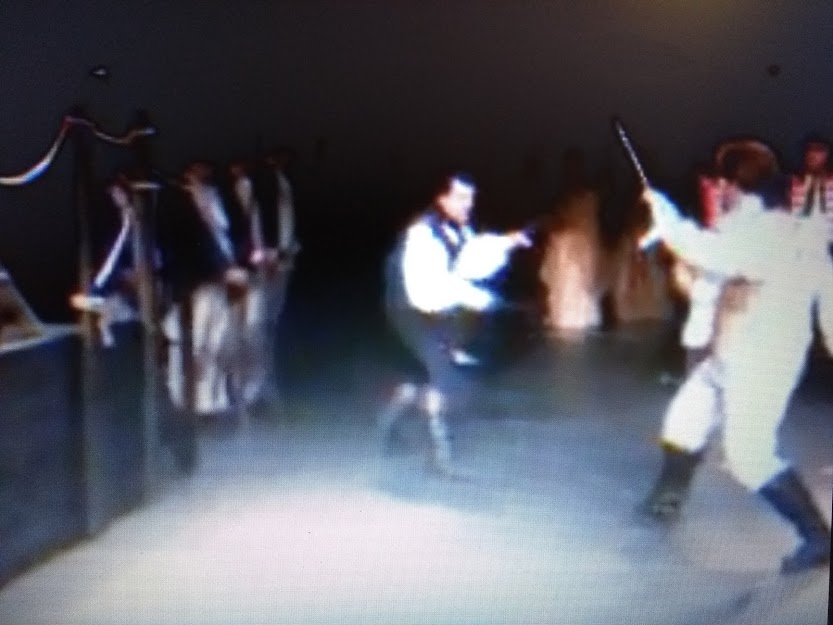 In 2008 our head coach, Paul, was asked to choregraph the sword fighting scene for a production of the Scarlet Pimpernel, performed at the Liverpool Empire Theatre.
The photograph on the left shows the scene with the principal actors Mike Carroll and Jason Weightman. 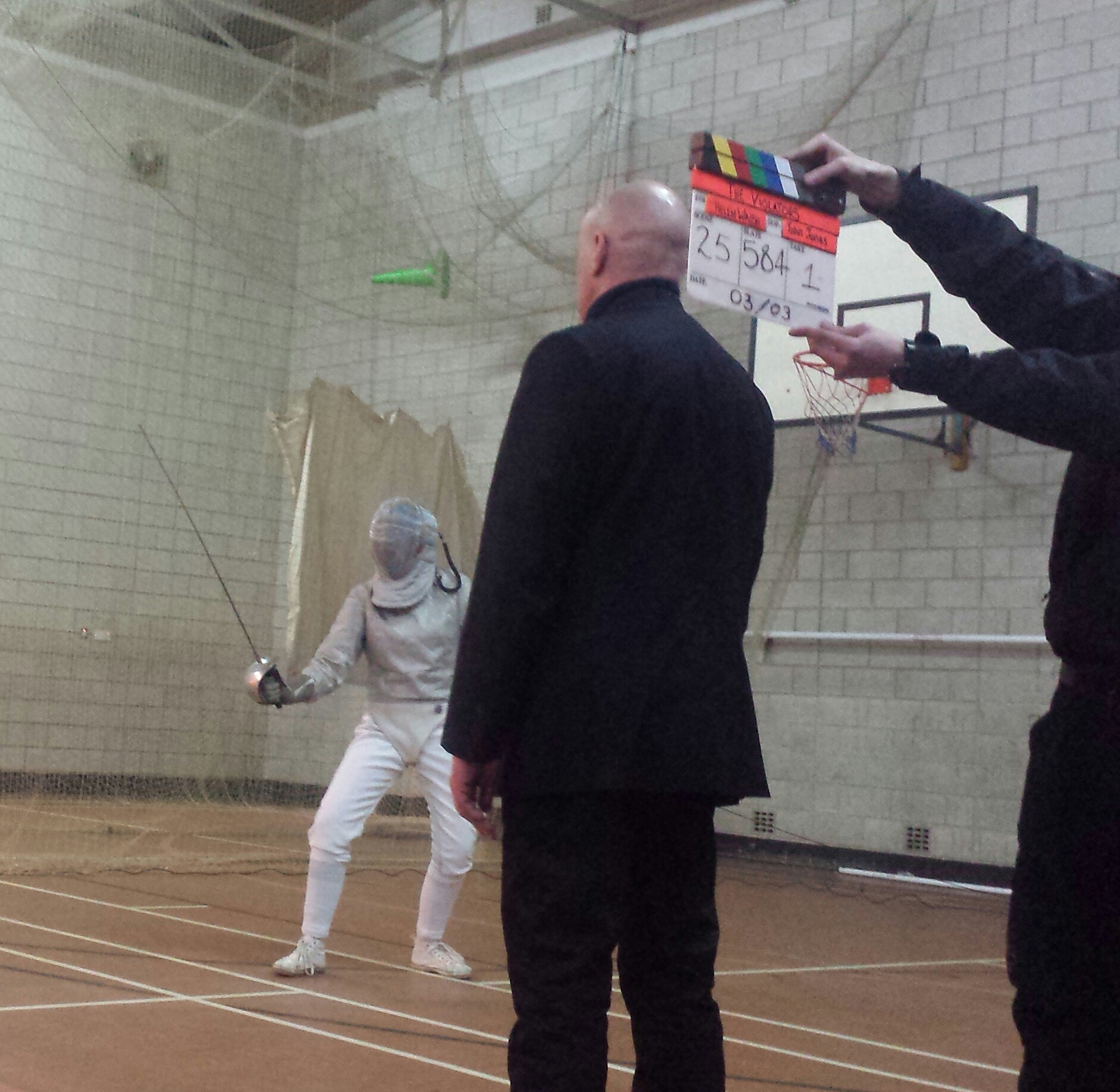 In 2014, Swords Fencing Club were  asked to work with Red Union Films (the production team behind the 2009 film Awaydays) on their award winning ( Nashville Film Festival 2016) film The Voilators starting Brogan Ellis and Lauren McQueen.
Filming took place in Rock Ferry where Sue and Catherine  made appearances as extras, Laura and Janet were both fencing stunt doubles.
Paul played the part of the fencing referee. Behind the scenes, he  choreographed the fencing bout  and is also credited as the fencing stunt coordinator.
A trailer of the film is available to watch on YouTube. 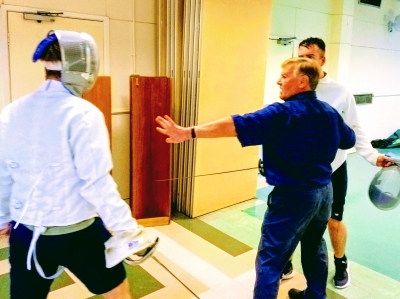